Several years ago, an Australian man – Richard, chanced upon a marvellous and novel method to reach an exquisite degree of happiness and contentment. The simple method that he used, he later termed actualism. Later still, he found a way to dwell permanently in a state of utter delight, stillness and peace – through a process of self-immolation. (yes, it is as radical as it sounds!) This was an actual freedom from the human condition.

Prior to becoming actually free, what Richard was after was a way to get closer to the magical experiences of wonder and delight, that he had experienced as a child. These he called pure consciousness experiences or PCEs. As we shall see PCEs are one of the central keys to an actual freedom from the human condition. Essentially actual freedom is about the ending of being – that intuited sense of who one feels oneself to be deep within. This primal feeling core of emotions instinctually programmed into us by nature, can be safely discarded so that one is no longer a lost, angry, fear-ridden inhabitant of this planet. And with this ones actual nature and place in this magical and infinite universe is revealed. Peace on earth for everyone in this lifetime is indeed a very real possibility.

These often overlooked experiences are something that all humans experience in childhood and can even occur as an adult. They are rather simple affairs and many of you should be able to recall them right now, if you know what to look for. The curious thing about these experiences were that they were marked by an absence of any sense of self and were bereft of feelings. He realised that what one considers a 'self' is essentially made up of feeling i.e. feeling coalesces into the being that one considers a self. Contrary to what one would expect, the absence of feeling – and thereby of self, was experienced as remarkably freeing, delightful, gay and pleasurable. All suffering of any sort ended. The universe came alive in all its sweet benevolent splendour. No longer was it veiled by the heady mix of feelings, be they loving, malicious or sad. The absence of feeling being, revealed to him what the universe was as an actuality as opposed to the grim reality that human beings walked around in. The swirl of feelings that formed any man or woman's subjective experience of 'me' or 'I' was a complete fiction. One that had evolved in nature, but was now a vestigial remnant that could be gotten rid of as the intelligence of the human took over from the instinctual passions.

The PCE's that he experienced were relatively brief. But he knew that they pointed to a way of living and experienced the universe, that was unsurpassed. In between PCE's, when he was once again a self with feelings, he strived to imitate actuality by getting as close as he possibly could to that state. He did this by meticulously examining his feelings and by striving to enjoy and appreciate as much as possible this moment of being alive. He made an effort to be as happy and as harmless as possible in his feeling state, so as to imitate the pure consciousness experience. Later on he would call this 'the actualism method'.

It would take Richard several more years before he could free his body of 'self' once and for all. Once he had done so he called it an actual freedom from the human condition.

Who is it for?

Many of us interested in actualism started off as 'seekers' or meditators in Buddhist, Hindu and other traditions. We were interested in the pathways to awakening or enlightenment that those traditions offered, and became disillusioned with them for various reasons. However it must be said that no experience or familiarity with such practises is required. In fact due to the paradigm shift required to practise actualism – which is radically different in scope and orientation from those of 'Eastern' enlightenment practises – an intensive meditation practice can in fact be an impediment. Anyone interested in becoming a happier person, who is willing to put in some work and has an interest in radically reappraising their conception of happiness and the ground of their own being, will benefit. Be warned though, this is not a practise for the faint hearted or the dilettante. It is not some kind of self-help gloss or positive psychology for living your life; for furthering all your current hopes and dreams. The goal of actual freedom is radical. Ultimately it involves self-immolation -- ridding you of 'yourself'. What this means will become clearer as you read on – well to the extent that one can understand something so radical without experiencing it. We can confirm however that the result of not having a 'self' is truly a magical, wonderful and freeing experience. Not anything like what you have have been lead to believe by reading/watching really bad sci-fi involving lobotomised zombies!

How do I talk to other actualists?

Join the Slack chat (private) - we recommend an attitude of enthusiasm, openness, curiosity and a willingness to have one's beliefs challenged. Post an introduction in #beginners_and_basics or #general channel when you sign up.

Any Other Sources of Information?

The Actual Freedom Trust website is the gold standard for information about Actual Freedom. While intimidatingly meandering and extensive at first, making yourself familiar with it over time will prove tremendously rewarding. It is a guaranteed-to-be-accurate repository of authentic reports/ descriptions/ explanations of an actual freedom from the human condition.

The website is, in large part, culled from forum discussions. Many a time the discussions revolve around people having their misperceptions corrected in no uncertain terms. As a result, it can take a while to acclimate to the website.

The following pieces on the AFT website should help get you started:

If you are curious about a topic in particular, then the best way to search the site is to take advantage of google's highly developed search algorithm. For example, if you are interested in 'love', then google: site:actualfreedom.com.au love​

We strongly recommend that you not get your information from other sources or Wikis online and most definitely not the dharmaoverground.org, whose practitioners have tried to fuse actualism with their own brand of 'hardcore' Buddhist meditation and enlightenment practises in a syncretistic manner with dubious and disappointing outcomes.

Next
This Moment in Time 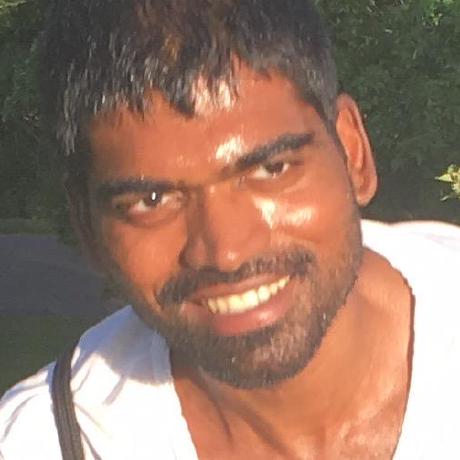 Last updated 2 months ago
Contents
Introduction
PCEs and actual freedom
Who is it for?
How do I talk to other actualists?
Any Other Sources of Information?